Many applications of the PTP 650 require the deployment of a number of point-to-point (PTP) radios on the same tower or installation of a number of links in a large, dense network configuration. This is typically done to minimize tower or rooftop space and reduce operating costs while making the maximum use of available spectrum. By synchronizing the transmit and receive phases of the TDD system the potential for self-interference in these dense networks is minimized. The Cambium Networks PTP-SYNC module synchronizes multiple PTP 650 connections by providing a common clock signal and GPS signal reference.

Often it is beneficial to deploy a number of point-to-point (PTP) radios on the same tower or rooftop or to install a number of links in a large, dense network configuration. This is typically done to maximize tower or rooftop space and reduce operating costs. In such configurations, it is possible that the performance or throughput of some of the links can be significantly reduced due to interference between the radios. When equipped with our Cambium PTP-SYNC synchronization unit, PTP 500 and PTP 600 Series radios can all but eliminate cross interference.

The effects of cross interference can be greatly reduced by synchronizing the transmit and receive frames of collocated radios so that none are sending while their neighbors are receiving. Our PTP 500 and PTP 600 Series radios include Time Division Duplex (TDD) synchronization technology which introduces a fixed TDD framing mode. This allows the frame timing in a link to be synchronized with other PTP 500 and 600 units or an external GPS (Global Positioning System) timing module.

Our PTP-SYNC unit provides a reliable, convenient timing reference for your PTP 500 and 600 Series radios. The PTP-SYNC unit receives a time signal from a clock source and sends it to the outdoor radio unit. Then the radio adjusts its own timing to achieve precise synchronization with neighboring radios. This allows you to collocate PTP 500 and 600 radios on a tower or rooftop with greatly reduced interference.

You need only one PTP-SYNC unit per link. To share the timing information among a group of radios on the same tower or rooftop, you can daisy-chain up to ten PTP-SYNC units together. When multiple radios are mounted on two or more towers or rooftops, a GPS receiver or other synchronized 1 Hz input is required. The cost-effective, indoor-mounted PTP-SYNC is a small-footprint device which can be conveniently mounted in a 1-U rack or on a wall. It can even be placed on a desktop. Our Cambium PTP LINKPlanner tool lets you perform PTP 500 and 600 path calculations and accurately project link performance with a PTP-SYNC unit as the timing reference. 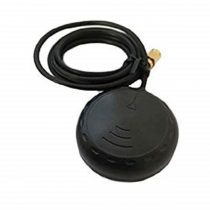 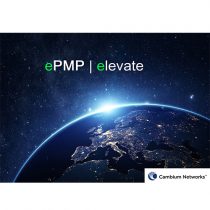 ePMP Elevate™ is a software solution

ePMP Elevate is an innovative software solution that empowers 3rd party subscriber hardware with all the performance and scalability benefits of the ePMP platform, when co-installed with an ePMP access point. 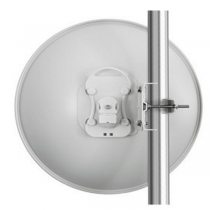 antena cambium environments. ePMP 110A-525 Dish operates alongside the ePMP 1000 Connectorized Radio. Operating in the 5 GHz frequency spectrum, the solution brings wireless broadband connectivity to customers over longer distances and provides a superior return on investment. 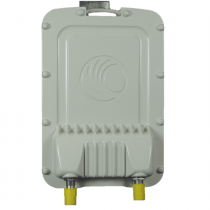 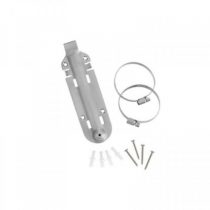 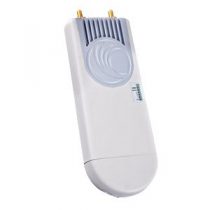